What Is ELEAGUE? A Guide To Televised CS:GO eSports

As TBS plans to begin proper Friday night primetime coverage of eSports, here’s a primer on what ELEAGUE plans to bring to the table.

Whether you like it or not, eSports are here to stay. They’ve made a big impact, with the length of time consumers spent watching them tripling from 2012 to 2014. Frequent viewers and enthusiasts vaulted from 58 million in 2012 to 89 million in 2014, which is a large part in why broadcasters like TBS wanted to get in on the ground floor with ELEAGUE.

ELEAGUE is the collective efforts of Turner Broadcasting System and WME | IMG to present broadcasted Counter-Strike: Global Offensive play over the course of the next few months, starting this week. The first six weeks will comprise of group play, with teams competing against each other in groups of four, before the winners of each group (plus two Last Chance qualifying teams) spar off in the playoffs.

What makes ELEAGUE different from most live-streamed eSports content is that certain events will be broadcast on television. TBS will be airing Group Finals every Friday at 10 PM ET starting on May 27th until Canada Day on July 1st. They will then switch over to Playoffs broadcasting on every Friday night from July 15th to the end of the month, culminating in the Grand Finals on Saturday, July 30th at 4 PM ET. TBS will air content for three straight hours a night, making it the first time eSports are on a national cable network broadcast on a regular schedule.

What Is The ELEAGUE Tournament Format?

As previously mentioned, 24 teams begin the tournament in group play. Among the highlights are Cloud9, Faze, Luminosity, OpTic, SK Gaming and Renegades. Each group has four teams, with dual Round Robin CS:GO tournament play giving each team the opportunity to face everyone else in their pool twice. Best Of One matches will provide one point to the winner, deciding the seeding for Group Playoff matchups. Any teams with the same number of points will have their matches decided by comparing who had more points in matchups, then round difference, then another Best Of One for the final tie-break.

Once the two runs through Round Robin play are over, Group Semi-Finals play will be decided by Best Of Three matches between Seed 1 vs Seed 4 and Seed 2 vs Seed 3. Bo3 will also determine the Group Finals match, with each Group winners moving on to the playoffs in Week 9. Runners-up will try to best each other in the Last Chance Qualifier in Week 8.

Last Chance Qualifying consists of the six group runners-up and the two highest-scoring 3rd place teams from all groups. All teams are randomly placed in a single-elimination bracket, with Best Of Three matches determining the winner. The best-performing Last Chance Qualifier team will receive an extra $10,000, while the top two from LCQ play will move on to the playoffs.

Finally, with all Group winners and the two Last Chance Qualifier winners, all remaining eight teams are placed in a final single elimination bracket, with all matches being the Best Of Three.

What Counter-Strike: Global Offensive Rules Are In Effect?

ELEAGUE will offer players the opportunity to pick between the following maps:

Furthermore, by 6 PM ET on the Monday before each week of play, teams will have to send in their two map bans to ELEAGUE staff. They will then pick two of the maps from the pool that weren’t banned from either team for each matchup.

For fun, an opening knife round is played to determine the starting sides, as chosen by the winning team. Each round will last 20 seconds, buy time is set for 20 seconds, C4 will detonate after 40 seconds, players will get $10,000 in overtime money and there are three overtime rounds per half.

Where/When Can I Watch ELEAGUE?

All matches can be watched on the ELEAGUE Twitch channel, live, at the times below. Anything denoted “TBS” indicates a live television broadcast, with Twitch live streaming available for PC users. Check local listings to find the Turner Broadcasting System appropriate for you.

“It was really kind of an organic move for us,” Turner Sports Executive Vice President of Production and Chief Content Officer Barry told FanSided. “Obviously, the media landscape, content-wise, has changed. You’ve heard this a million times; people want the content where they want it, when they want it and how they want it, and they want it on multiple devices. Turner has entered into that dynamic, whether it’s with Super Deluxe or whether it’s with Great Big Story or CNN.com, that digital first content creation and distribution. So when we looked at eSports, we felt like this was a real opportunity to create live, competitive content on a digital platform with a great opportunity for a linear support system in TBS.”

TBS has a number of factors to decide whether or not ELEAGUE is a success. “This is obviously a marathon for us and not a sprint. So ultimately, specifically to TBS; sure, a high rating would be great. But I think when you look at the collective of concurrent digital views plus ratings plus social sentiment from the community, I think that’s ultimately going to have to be your gauge of success in Season 1. You have to have acceptance from the community in order to push forward and be able to build that audience. If for some reason we don’t have that, then the trajectory gets exponentially more steep in Season 2.”

“We try to focus on where the puck is heading, not where the puck is or where it was but where it’s going, and we want to be ahead of that curve and an industry leader,” WME | IMG Global Head of eSports Tobias Sherman tells FanSided. “In doing so, one of the big opportunities we saw for eSports was to really expand the reach, and we had to answer the question of how we continue to grow this industry and reach more people. TV was obviously the answer, and I think there’s some validity that TV adds to the space for a lot of people.”

Teams involved are Fnatic, G2, Faze, Virtus Pro, Natus Vincere, EnVyUs, Mous, and Ninjas in Pyjamas. WESA has announced that they’re looking for further teams to become part of this organization and have begun talking to several organizations in North America to expand outside of Europe. 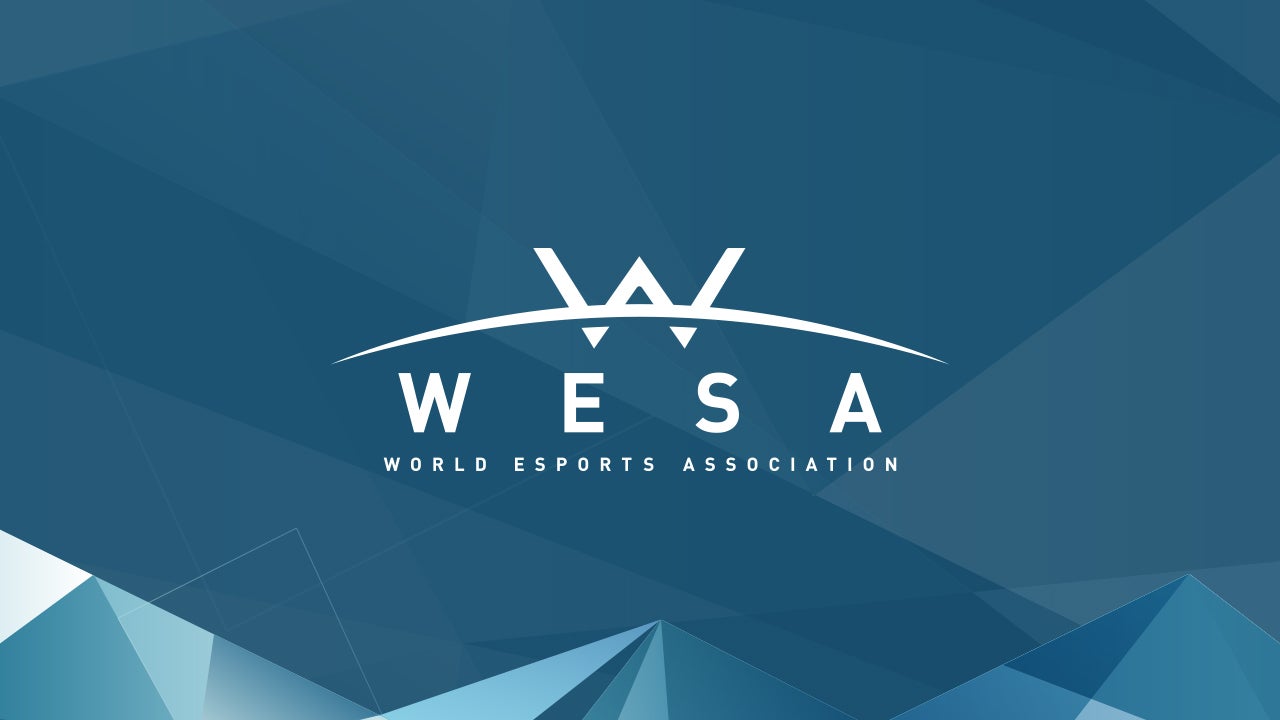 “WESA is built on the idea that people can join. So, it’s not a traditional franchise model which is more or less exclusive, it’s an inclusive model,” says Ralf Reichert, Managing Director of ESL. “That means, while we speak, we’re already talking to more organizations to join that. Certainly, this is going to be a growing federation, not one which stays at eight members until the end of time.”

WESA will first influence ESL’s Counter-Strike: Global Offensive events, starting with the ESL CS:GO Pro League which will operate under WESA rules and regulations. Reichert mentioned that teams competing in ESL Pro League could use that event as a “stepping stone” to become involved in WESA, stating that they preferred teams with stability, a long history, and a commitment to grow the esports scene.

The Player’s Council is of note, as no other major esports organization provides an official voice for players on league executive boards. While the press release is short of calling it a “union,” it makes it clear that this is a group of players, elected by players, to advocate concerns about contracts, playing conditions, tournament rules, and more.

Hicham Chahine, CEO of NiP, said, “Players have been asking for it. The players have had their kind of unofficial players unions, which has kind of brought forward some players perspective, but never in kind of a structured form.” He went on to add that “…we included our players in the process and dialogue with WESA from the beginning.”

“I think for teams in this perspective, taking WESA as a whole body, it’s very beneficial because we can speak to players as a whole and hear their voice in this,” commented Wouter Sleijffers, CEO of Fnatic.

WESA is focusing on CS:GO at the moment and want to make this a success before pushing for other titles to be included. “We’re not looking at other games right now, it’s clearly about getting this right and learning from this,” added Reichert. “For the time being, it’s about making this successful.” The eSports team say they raised concerns during the WESA press conference about the product not being ready for public release, adding that they were worried about a lack of North American leagues, teams and players. FaZe feel that their concerns weren’t properly addressed by ESL and WESA. Instead they received a vague response from the organisation.

“After the WESA press conference, we raised the same concerns again and it was the first time we saw the external messaging and communication from WESA – and it concerned us,” FaZe said. “It doesn’t lack big metaphors of what it could be, but it lacks transparency on how to get there and that is the main reason for why we are leaving WESA.”

This stance could possibly change, but FaZe say they’re unwilling to back WESA in its current form. FaZe were offered a $150,000 sign-on fee, but they neglected to pick it up.

FaZe, a North American organisation, is made up of a mix of European players, and they felt like joining WESA would grant them a foothold in the European CS:GO scene.

“We joined the CS:GO scene a few months ago,” FaZe continue. “We’ve had a blast so far and becoming a part of this scene has led us to a lot of new friendships. It’s also been stressful and at times very frustrating. CS:GO is also growing so fast, and along with that comes a lot of forces and opportunities. One of these opportunities was WESA.”

ESL responded with the following statement: “Creating an association such as WESA from the ground up is an immense undertaking for all involved parties and something that requires enormous commitment of time and effort. While we regret the fact that FaZe has decided to take this step and are disappointed to see them go, we understand and accept their decision to put their current focus elsewhere.

“WESA’s next important steps surround players and overall more tangible rules and structure. This includes an election of the Players Council, the appointment of players in the Executive Board, the formalization of the Arbitration Court to prevent future wrongdoings between teams and/or towards players, and expanding the number of members of the association.”